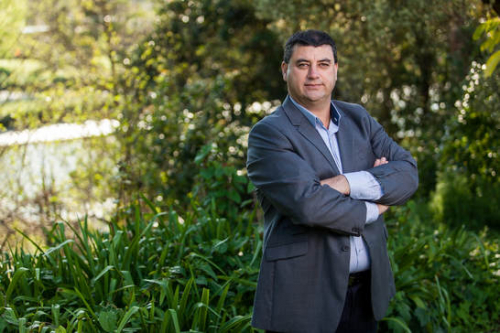 Wairoa man Nigel Pollock has seized the chance to take the reins of the district’s biggest civil construction and maintenance company Quality Roading and Services (QRS).

“I’ve always had a desire to serve the Wairoa community, a community that welcomed me here 14 years ago. Now I can give back to the region.”

Mr Pollock will start as QRS chief executive in August. He replaces Mark Browne who wishes to pursue other interests after three years at the helm.
QRS, which is fully owned by Wairoa District Council, is responsible for maintenance of the unsealed road network in the Wairoa district. It also manages Wairoa’s solid waste, sewage and storm water, as well as a number of local quarries.

QRS Board Chair Guy Gaddum says the company has matured under Mark’s leadership and diligence, and adapted well to the modern contracting environment.

“Under Mark, QRS has stepped up its game as a credible, safe, and professional contractor. Mark was instrumental, alongside Wairoa District Council, in developing new ways of working that saw more collaboration, efficient use of resources, and better care of local assets.”

Known as network outcome contracts or NOCs this new way of working was introduced by the New Zealand Transport Agency for its state highway network to create national consistency and efficiencies. It was adopted by QRS and Wairoa District Council in 2013.

Mr Gaddum says during his time Mark also oversaw the introduction of modern and robust health and safety solutions for QRS staff, contractors, and the public, as well as massive efficiencies in administration leading to better communications, morale, and performance.

“On behalf of our directors I wish to thank Mark for the contribution he’s made to the region’s infrastructure and for leaving QRS well positioned for the future.”

Mr Gaddum says QRS is delighted Nigel Pollock has accepted the CEO role. “Nigel has achieved a high degree of success in previous roles, most recently as Downer Contract Manager in Gisborne where he oversaw a network outcome contract. QRS will benefit from his experience and energy.”

For Mr Pollock, the opportunity to lead one of the region’s largest employers was too good to ignore.

“QRS’s track record, exhaustive project experience, and strong relationship with locals, fuelled my desire to lead the team,” he says.

QRS’s commitment to Wairoa’s A and P Show, and the DIY Marae makeovers have also stood out for me, he adds.

“QRS can be very proud of what it has achieved to date. QRS staff are professional and dedicated and they work in some exceptionally difficult areas and under challenging situations to ensure critical infrastructure like water ways and roads keep Wairoa connected.”
​
Ongoing challenges include keeping up with technological advances in civil construction technology, as well as staying on top of compliance, regulation, and legislative updates and changes.