The Gaiety Cinema and Theatre 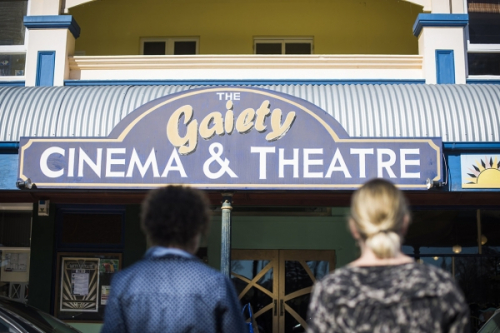 While staying well out of the spotlight QRS has quietly supported Wairoa’s Gaiety Cinema and Theatre to the tune of thousands of dollars since 2015.

[From here to be available on when reader clicks on read more] It’s governed by Wairoa Horizon Trust and supported by Wairoa District Council through sponsorship funding that comes directly from QRS.

QRS CEO Nigel Pollock says the funding arrangement came about at a time when many small theatres around the country were facing closure, or were already closed.

“Back in 2015 QRS was approached by the council who wanted to see the theatre start up again. Propping up roads, and this district’s economy is something we do on a daily basis - so throwing our support in behind this iconic community facility was a no brainer.”

Mr Pollock says several organisations and private businesses came together to keep it open including WDC and QRS. QRS has donated over $100,000 to the theatre since 2015.

“QRS never made a song and a dance about its annual sponsorship choosing instead to quietly watch the theatre grow from strength to strength.”

Geoff Hole, who spent many years restoring the derelict building to its current glory, says “QRS came to the rescue” at a time when the theatre needed new projectors to keep up with new cinema technology.

“The cinema is owned by the community and run by the community, and it seems good that it was QRS who were able to help out. I can’t think of a better company to have as a sponsor.”