QRS secures $29 million in contracts in just one week 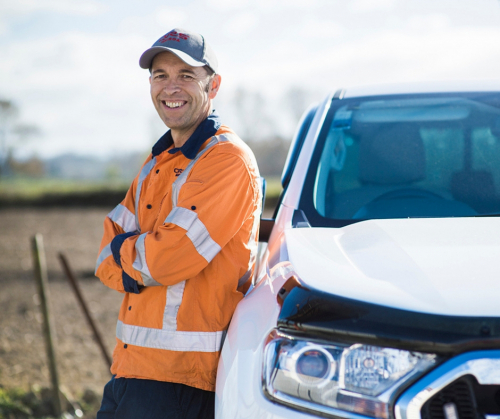 Quality Roading and Services (QRS) has started the year by securing $29 million in contracts around Hawkes Bay and the East Coast.

“Eighteen million dollars of that amount is for work scheduled in 2019,” says chief executive Nigel Pollock. “That’s a stunning result for a company that turned over just under $16 million last year.”

Mr Pollock says there are significant civil construction and road maintenance contracts available at the moment and it’s a positive reflection on QRS that it’s secured some of them.

“We’re a small provincial company of approximately 100 staff but the quality of those 100 people and the company’s credentials have ensured we are a preferred supplier.”

Under the terms of the contract QRS will supply road maintenance services to 560km of unsealed roads from Glenbrook in the south, Maraenui Rd in the north, SP38 in the west, and Mahia in the east.

Mr Pollock says the company, which was the incumbent contract holder, is extremely proud to partner with WDC again. “This major contract confirms the trust WDC has in us. We’re excited about our shared goals working to maintain and enhance the district’s roading network.”

QRS has also successfully tendered for $1.8 million worth of flood repair work with WDC, and $400,000 worth of bridge strengthening work on Doughboy and Hopuruahine Bridges.

The four-month contract will see QRS and its preferred subcontractors adding rumble strips to roads, widening road shoulders, improving signage and adding barriers along roadsides between State Highway 2 from Matawai to the south of Wairoa, on State Highway 5 to Te Haroto, and on State Highway 35 between Wainui and Tolaga Bay.

Mr Pollock says the successful tenders ensure the company’s future. “As far as we know the company has never in its history locked in this amount of secured work in such a short time. Our vision to be professional and growing and so we’re delighted to have secured the agreements. It’s positive news for staff, contractors and service providers in Wairoa.”

“We see these agreements as an important step in supporting regional jobs and providing ongoing roading solutions for this district. It’s a great start to the year.”