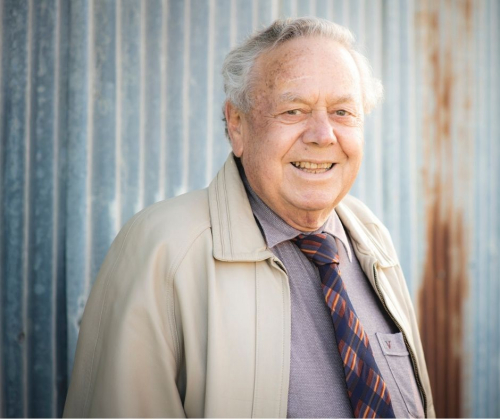 Well-known Wairoa businessman Ian Redshaw farewelled Quality Roading and Services as a director last week saying he’s optimistic about its future and that he’ll miss his involvement with the dynamic company.

Mr Redshaw has been a director on the Wairoa-based civil contracting and road maintenance company since 2016.

He says he always admired the company while owning the town’s Ford dealership for nearly 40 years where he and his team sold and serviced some of QRS’s vehicles.

It was only when he was able to observe QRS’s operations from a board’s perspective that he realised the full extent of the operational challenges in the business.

Getting the right people can be demanding he says. “We’re a small town, and fairly remote, so that is always going to make it more difficult to attract and retain staff.”

Meeting the expectations of the shareholder is another challenge, he adds. QRS is a Council Controlled Trading Organisation which means Wairoa District Council holds all the shares.

Mr Redshaw says he’s been on QRS’s board during a time where the professionalism of the company “has gone up a few notches,” in particular around the diversity of contracts and the attention to health and safety.

He’s sorry to be leaving the board but believes the progressive and dynamic company is in good hands and has a very positive future.

“The business continues to be successful while contributing to the wellbeing of Wairoa – not just it’s infrastructure – but it’s people as well.”

Board chair Guy Gaddum paid tribute to Mr Redshaw’s quiet but effective contribution around the board table for the past three years.

“His local knowledge and networks have greatly assisted the QRS board in its decision-making particularly around where QRS can best direct its efforts to help the community.”