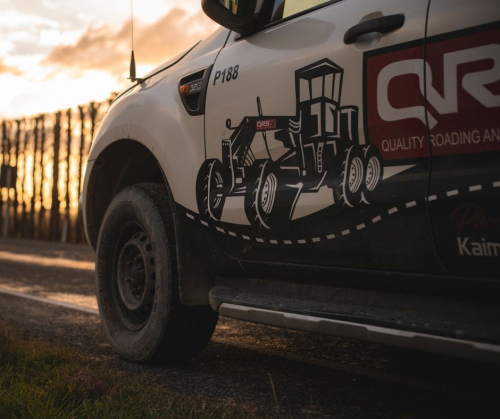 Board chair Guy Gaddum says with gross revenue at $24.3 million for the financial year ending June 2019, the after-tax profit of $1,129,619 million is a 430% increase in profitability on the previous year.

“This record is an important milestone in our journey and reflects a successful rebuilding and refocusing of the business.”

The profit means QRS returns a $350,000 dividend to its owner and sole shareholder Wairoa District Council (WDC) – the highest dividend paid since 2006.

During the year QRS poured $6.5 million into the region via wages and salaries for its 94 staff and continues to prioritise training and personal development spending $259,000 on education and upskilling.

“We’re proud of all the QRS team,” says Mr Gaddum. “By carrying out the day-to-day operations needed to achieve the company’s goals, their continued efforts have helped the company become what it is today.”

Mr Gaddum says “QRS’s vision is to become a preferred regional employer so our focus is on empowering employees to take ownership of achieving QRS’s and their own development goals.”

As in previous years, the company’s health and safety targets were for zero harm. Mr Gaddum says although this wasn’t achieved, for the first time in 25 years QRS recorded a six-month period where it was lost time injury-free.

In other highlights, during the year QRS made over $28,000 of donations and sponsorship to organisations and events such as the Wairoa Ross Shield tournament and the Wairoa A and P Show.

And earlier this year a Wairoa training hub for the Hawke’s Bay’s civil contracting sector came a step closer thanks to a Provincial Growth Fund grant secured by QRS. The company received $60,000 for a feasibility study into a local facility for teaching and training.

Mr Gaddum says the substantial increase in QRS’s profitability was driven in the main part by two New Zealand Transport Agency contracts held by QRS since 2018. Staff will continue to work on these contracts: Safe Roads and Boost 2, into the new year.

Profit growth has also been driven by further diversification of the company’s customer base.

“In our letter of expectation signed with WDC they asked us to seek external revenue. In the year ended 2018 two-thirds of QRS’s work was with WDC. By 2019 that had dropped to a third as the company pursued central government and smaller private contract and subcontract work.

Mr Gaddum says the record profit is unlikely to be repeated as central government has indicated it will be spending less in the areas QRS works in – specifically road maintenance.

However future forecasting shows QRS’s next three years will be strong says Mr Gaddum. QRS has secured an emergency works contract with WDC worth $1.3m and continues to work as the preferred subcontractor for roading and infrastructure company Higgins as it maintains the district’s state highways. A mixture of central government and smaller private contract work is also in the pipeline, says Mr Gaddum.

“Like any business that has experienced growth it’s now time to consolidate and turn our focus inwards as we continue to invest in our employees and reinvest in the business for the future growth of QRS, WDC, and the region.

Wairoa Mayor Craig Little commended the QRS board and staff for the great result.

“QRS has worked hard to achieve this turnaround in an industry that can be very volatile and is guided by stringent rules and guidelines.

“QRS’s success ensures the continuation of a locally owned roading and construction company and the employment that creates, along with a dividend for Council which helps offset Council expenditure.”