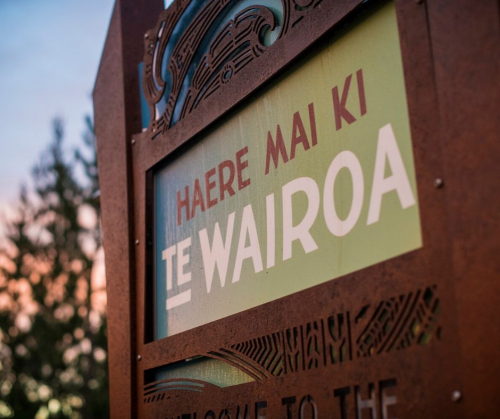 His comments come almost a month to the day after New Zealand learned it was going into lockdown – and a month since he made well over 100 phone calls in just a few hours.

“When the lockdown was announced I tried to call every single one of the staff,” says chief executive Nigel Pollock.

“This was a once-in-a-lifetime opportunity to talk with them one-on-one in these entirely unique circumstances. I believe that despite the pressures of that period it was a very good use of time. Our people are the driving force behind our business, behind our success. Without them, we have nothing.”

Staff at the Wairoa roading and civil construction business were assured they would be paid the wage subsidy during lockdown – topped up by QRS to 80 percent of their usual income.

Mr Pollock, the board, and the management team then got down to the business of running QRS in unprecedented times.

QRS remained responsible for around 800 kilometres of local roads and in excess of 100 kilometres of state highway during lockdown. “Around half our workforce was engaged in part-time work doing inspections and making sure those roads were open and safe” says Mr Pollock.

In conducting other business, the QRS team embraced the Zoom system of video-conferencing to keep collaboration at the core of everything they did.

“The board generally meets once a month but during lockdown we met weekly to ensure continuity and to put in place some robust future planning.”

The company needs them.

While lockdown is costing the company over four weeks in lost time, the seasonal nature of some of the work means it has in some cases lost up to six months of work time.

Then there is the added pressure of the more than $20 million in shovel-ready projects that Wairoa District Council has applied to have brought forward under the government's multi-billion-dollar Stimulus Package.

“We worked with council identifying what projects are ready and how they can be built into our work stream. They weren't all booked to start the moment lockdown ended so it is just a matter of careful planning and ensuring the business can manage in a sustainable manner.”

QRS is owned by Wairoa District Council but operates independently with its own board of directors.

As such, Wairoa Mayor Craig Little says trust is vital to the relationship between the two and QRS has earned that many times over.

“In terms of building that trust, I think the writing was on the wall when QRS signed a Memorandum of Understanding with its opposition, Fulton Hogan, so they could work together on getting around $8 million dollars worth of Mahia roading work done,” he says.

“I don't think that kind of relationship had been formed anywhere else in New Zealand and to me that was extraordinary. It showed a real maturity in getting business done that has been to the benefit of everyone involved.”