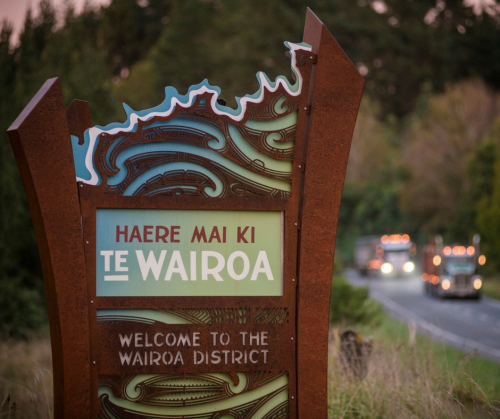 Quality Roading and Services Wairoa is becoming more adaptive, innovative and profitable because of an ongoing culture change, says board chairman Guy Gaddum.

“A company’s culture is a reflection of leadership, but it’s also about the collective thinking and behaviour of the whole company. At QRS we’re in a period of transformation which includes taking on more than just our traditional clients and work.”

Mr Gaddum’s comments follow a return to profitability for QRS presented in its six monthly report to its sole shareholder, Wairoa District Council (WDC), today. The report was for the period ended December 2017.

“Sometimes it can be difficult to think long-term when there’s so much going on every day. But the effort this company is putting into diversifying its income streams right now will have enormous long-term effects.”

“Diversification means the company can continue to build on profitability while thriving in other areas including health and safety, stakeholder relationships, and developing and attracting quality talent.”

A lot of energy is put into prevention rather than cure when it comes to health and safety at QRS. In December 2017 there were no recordable lost time injuries, which is an excellent outcome and a credit to team work at QRS, says Mr Gaddum.

Another recent change has included finding a core team of people for leadership roles “who fit our culture perfectly".

“As a result talented people and clients are seeking us out, and great people are choosing to work here.”

Mr Gaddum used Tuesday’s council meeting to publicly thank QRS staff, management, and the board for their contribution to the demonstrable turnaround in company performance.

“With a great leadership team, our awesome employees, and the board, we’re really making strides in achieving our strategic goals of strengthening company resilience; having the right people doing the right things all the time; more work referrals; zero harm in the workplace, and ongoing quality of work.”