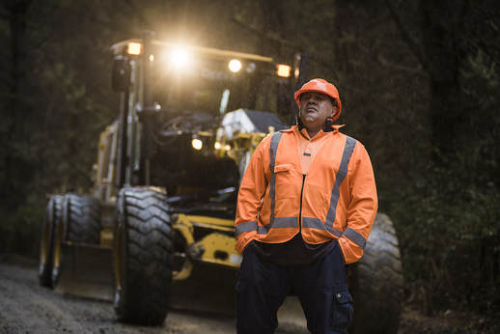 Late last month QRS supervisor Rob Ruru received a shout out for his grader expertise. Here he talks a little bit about his love of all things machinery.

Rob Ruru, Te Aitanga-a-Mahaki, blames being born in the 1970s for his passion for cars from that era.

“When I was a kid we were all into following races like Bathurst and our uncles all had big V8s, so I guess it becomes part of you,” says the 42-year-old supervisor.

Rob loves polishing the Mustang for special occasions like school balls, but his enjoyment for driving goes beyond that . . . after 13 years with QRS he’s relishing the chance to get back on the grader.

“You’re often faced with 50 kilometres of road to fix and that's a big responsibility but I love it,” says the father of eight.

​“Knowing that through your work you are helping people go about their business, that's big.”