Attraction of Wairoa lifestyle too hard to ignore 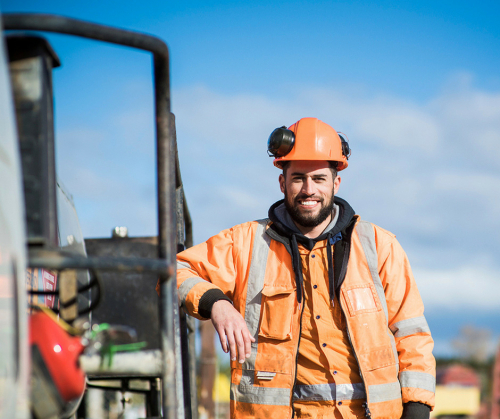 QRS’s signs technician Aaron Hoskin is synonymous with dozens of others Aucklanders taking advantage of the Wairoa housing market and sunshine!

The former fibre optics cable technician is nuts about northern Hawke’s Bay and says the stunning climate and laid back lifestyle attracted him as an out of town property investor.

“Escaping from New Zealand's largest city was a good idea. It’s more affordable, less congested, and there’s fewer people ruining the view… you get the idea!”

Two years ago Aaron sold his house in Auckland and purchased rentals and his own home in Wairoa.

QRS now has the benefit of his reliability and self-motivation, says his manager Anthony O’Sullivan.

“You don’t have to worry about lost hours when there’s a self-motivated employee like Aaron working for you. We’ve been really impressed with his drive to want to study and learn more.”

Since arriving at QRS Aaron, Te Whānau-ā-Apanui, has taken every opportunity offered to up skill. He now has his Class 2 and 4 driver licences, a dangerous goods licence, and his licence for vehicles that run on wheels, tracks or rollers.

Aaron is also developing and expanding his supervision and management skills. He’s passed his mathematics and literacy introduction exams and is now working towards a Certificate in Engineering Technology.

“We’ve been really impressed with Aaron and his eagerness to learn,” says Mr O’Sullivan.

Aaron says you’d be mad not to take up the opportunities offered by QRS. “If you want to work hard then you can end up where you want to,” he says.

When he’s not working 32-year-old Aaron enjoys hunting and driving his Mazda BFMR - even if he drives it a lot less than he used to! He says swapping the 90-minute drive to work in Auckland in his prized vehicle, for a three-minute drive in Wairoa, was a no-brainer!

“For me it’s about that hard work and lifestyle, and now I don’t have to build three hours driving time into my day because I’m living the dream here.”