Rob getting ready for workshop makeover 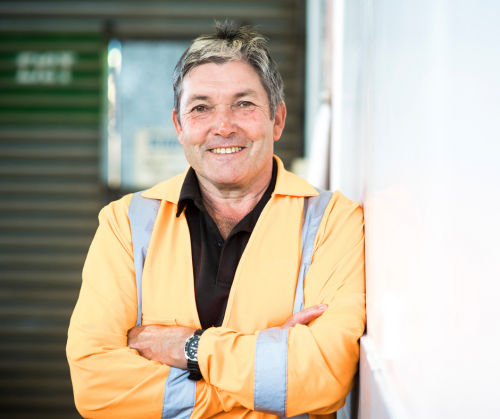 A relative newcomer to QRS, the automotive engineer has in the first instance joined the team to manage the workshop that takes care of the company's large machinery.

But that's just the start: as time goes on, Rob will oversee the design and construction of a new workshop.

“That's going to require a lot of planning but we're confident that the changes will improve the servicing of our own machinery,” he says.

Rob brings a lot of experience to the QRS camp.

Wairoa born and bred, he trained in auto engineering, and after doing some time in the trade he, wife Tina and their baby daughter moved to Papua New Guinea.

“I went there to run an automotive garage but if I was honest I'd say it was mainly for the adventure that it certainly became!”

By the early 1990s, the little family (soon to grow with the addition of a son) were back in Wairoa and Rob set to work as an engineer at Affco Wairoa.

In his downtime, Rob has been heavily involved in motorsport and aviation and says he and Tina are both kept pretty busy at their small farm, just north of Wairoa.

“But I'm always open to a new challenge and am looking forward to making real change with the new workshop initiative,” he says.

“It's a great opportunity, and it's also a great culture to work in where everybody is encouraged to be the best they can be.”